I’m thrilled to announce something new today that has nothing to do with Sparky the Music Theory Dog (though I’m sure he’d approve): Braille Music Notator, an online system I’ve been working on since early last year. It’s still in development — I’m calling it an “alpha” version because there are still a few features I’d like to add — but it’s at the point where I could use some more folks tinkering with it.

What is it? Well, there are a few utilities out there — free and otherwise — that will translate a music score from a program like Finale or Sibelius into braille music notation, and they work pretty well as far as automatic translation systems go. But even if a translation system is advanced enough to avoid sometimes hilarious mistranslations, the result still often feels clunky and inefficient.

The idea behind Braille Music Notator is to encourage us sighted folk to learn a little braille music — it’s really not that hard — so that we can create legible, well-designed braille scores from scratch. The utility provides a work area for you to build the score, but it displays the characters using familiar music notation rather than the raised dots of braille. (You can switch between viewing the characters as braille or as music symbols, if you wish.) So while no knowledge of braille or braille music is required to use the system, you will find yourself learning as you use it! Once you’ve constructed the score, you can save it to your computer to work on it later, or export it in a format which can be sent to a braille embosser to produce an actual physical score.

Although the system is designed for sighted musicians — the primary interface is very visual — it is also completely accessible to users who rely on a screen reader like VoiceOver on Mac OS or JAWS on Windows.

While I know that for some, existing translation systems work just fine. But my hope is that more sighted music educators will see the benefit of learning more about braille music notation — not just to make it easier to create materials for their visually impaired students, but to be able to teach more effectively and comprehensively.

Check out Braille Music Notator here! You can either dive in (I tried to make it pretty intuitive!), or check out the Users Guide first. If you rely on a screen reader, you may wish to begin with the Quick Start for Screen Reader Users. And above all, let me know what you think. Thanks! 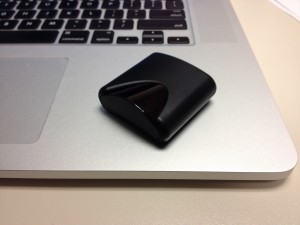